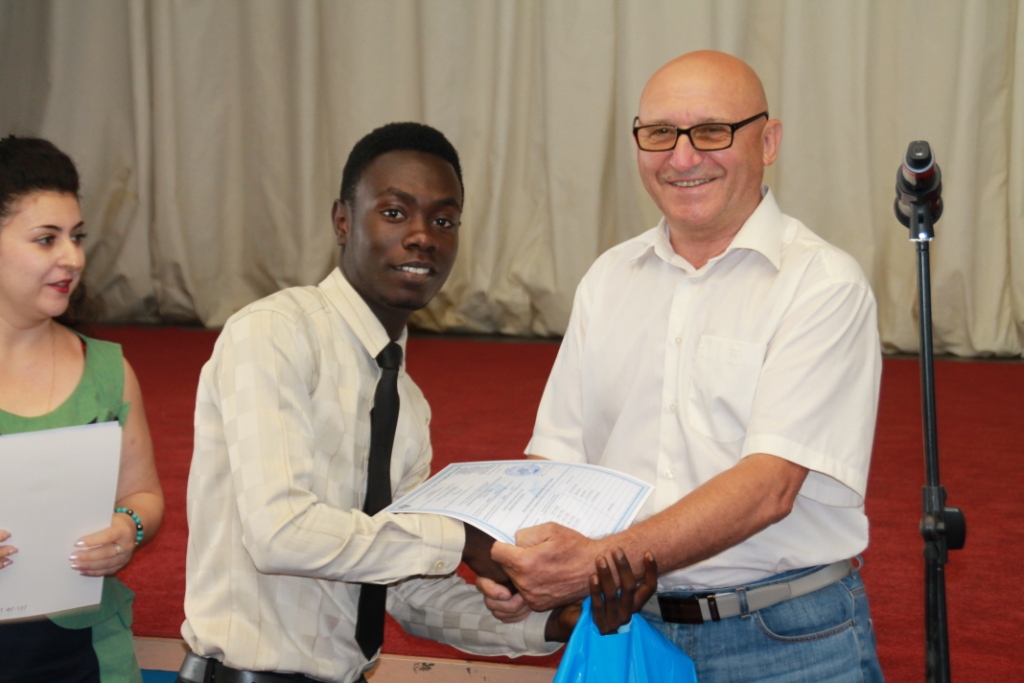 On July 11 the largest took place for history of our university release of the listeners of preparatory office who arrived to Saratov from foreign countries.
Within 2014/2015 academic years at university on preparatory office 120 foreign citizens from Morocco, Angola, Congo, Ghana, Turkmenistan, Cameroon, Jordan, Benin, Tunisia, Gabon, Egypt, Israel, Swaziland, Nigeria, the Republic of South Africa, Lebanon, Zimbabwe, Syria, Sudan, China were trained.
At solemn meeting welcome speech was said by the vice rector for study Larionov S. V. Vypusknikov also the head of department of international relations Kamyshova G. N., the head of department of work with foreign citizens Panfilov A.V. congratulated., representative of the RAKUS organization Novozhilov D. S., employees and teachers of agricultural university. Graduates were handed certificates, certificates of honor and mementoes.
Staff of agricultural university tried to make training of foreign citizens in our university interesting, saturated and various. During training foreign listeners got acquainted with culture and traditions of Russia, with scientists of university, the directions of their scientific researches and material resources of educational and research laboratories and centers, learned about opportunities and conditions of their use in the educational and scientific purposes, participated in scientific and innovative work of university. They also participated in public and sports life of our university: took part in rectorial to a ball; Pushkin scientific readings; the actions devoted to the 70 anniversary of the Victory; in a tournament of sports student's club Vavilovets; friendly basketball and soccer match.
X