The day of Russian Press 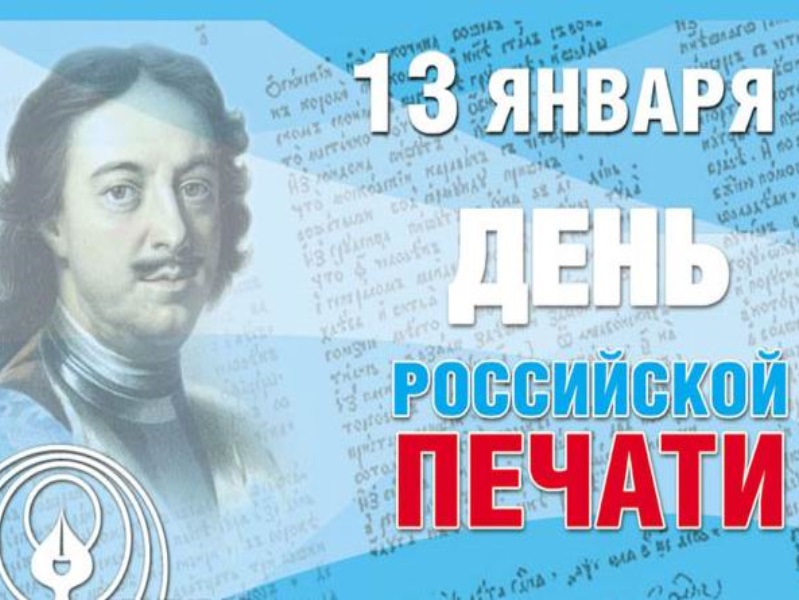 "Our national press has long-standing, centuries-old traditions, rich history, in which major national editions, and regional, local newspapers and magazines made a unique contribution. Not only key events in the life of the country, but also the spirit, feelings, emotions of different historical periods were reflected on their pages". Vladimir Putin.

The day of Russian press is celebrated on the 13th of January. In our days it is hardly possible to imagine our life without newspapers and magazines. But the first printed edition appeared in Russia by the decree of Peter I, to this historically important date the Day of Russian press is timed. It was on the 13th of January 1703 when the first Russian newspaper "Vedomosti on military and other matters worthy of knowledge and memory that occurred in Moscow state and in other neighboring countries" was published. Today in Russia more than 33 thousand of printed issues are registered, and daily more than 20 million copies of newspapers are distributed.

The book exhibition "The Day of Russian Press" was prepared in the reading room of the teaching staff (off. 395) by the staff of the division of library services of Campus № 1. The exhibition presents the literature on the history of the holiday, about the development of Russian book printing and periodical press, as well as new periodicals received in the library: "Agricultural research magazine", "Chief agronomist", "Farmer", "Accounting in agriculture", etc.
X

The day of Russian Press. Фото 1