Pushkin decade "Once I had a dream…» 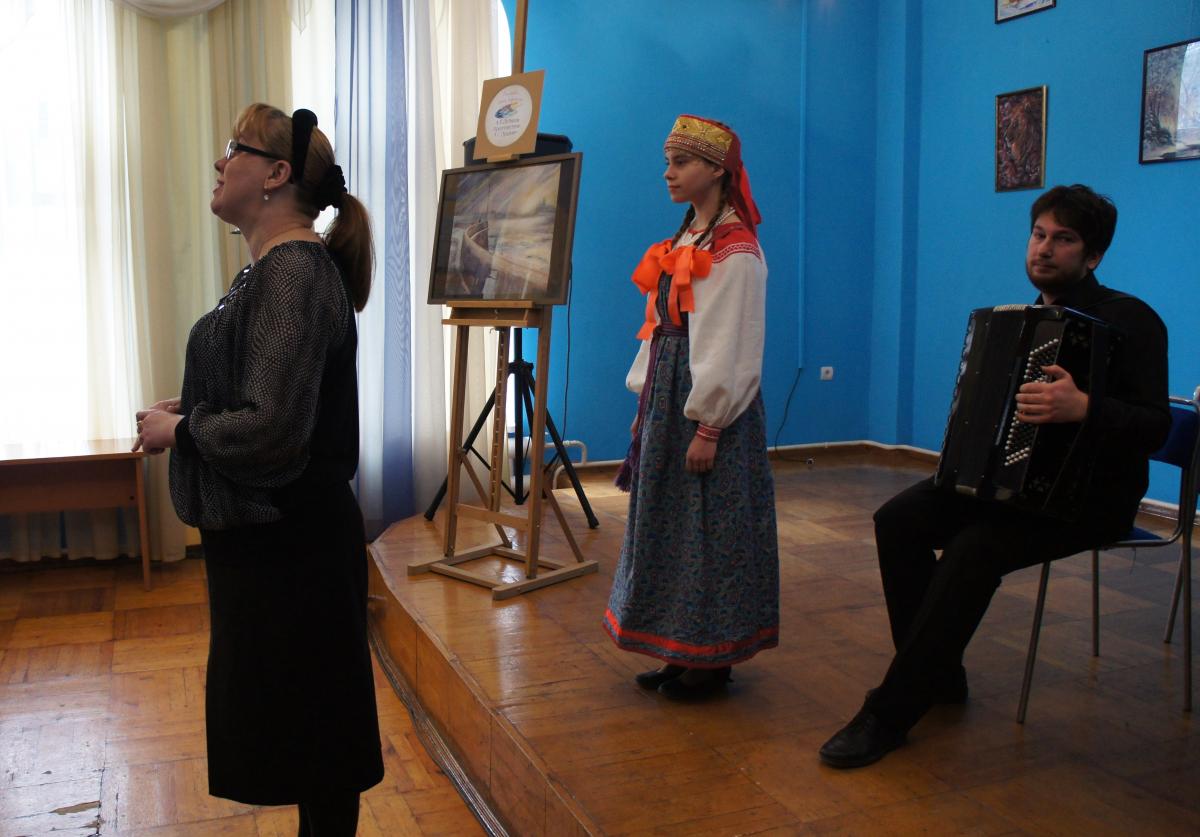 On February 12, 2018 the traditional Pushkin decade was opened in the conference hall of the library. It was dedicated to the 181st anniversary of the death of the great Russian poet. Foreign and Russian students from SSAU (supervisor Panfilov E. G.) took part in the literary-musical composition "Once I had a dream...", that was organized by the chief librarian A. Y. Morkovina. Pupils from some musical schools of Saratov were invited as well. The poet’s favorite folk song, " Between the mountains, on the stone...", the musical pieces from the Opera " Ruslan and Lyudmila» by M.I. Glinka were performed there. The famous poems “Lukomorye”, "Flower" and "Cloud" were recited too. The "Waltz" and "Romance" from “Metel” were played. The idea about" worldwide responsiveness" of Alexander Pushkin was confirmed by foreign students of the preparatory Department of SSAU who came to Saratov from different countries of Africa. Emmanuel Nti (the Republic of Ghana) read the masterpiece of Pushkin's love lyrics "I loved you..." in English.

An important part of the festival was the speech of associate Professor of philological faculty Olga Alexandrovna Chvostova from Chernyshevsky SSU. She spoke about the monument to Pushkin in Moscow and a great scientist Mikhail Katkov.

The documentary about the duel and the last Pushkin's days was watched by all the guests with excitement.

The Head of the Department of mass work and marketing, the head of the center "Reading" E.V. Berezina introduced the audience watercolor of Saratov artist Eugenii Deltsov "Pushkin. Feeling" that was given to the Library as a present.
The foreign guys wanted to have a ticket to become regular readers of the Pushkin library to study the Russian language and literature.
X

Pushkin decade "Once I had a dream…». Фото 1

Pushkin decade "Once I had a dream…». Фото 2

Pushkin decade "Once I had a dream…». Фото 3