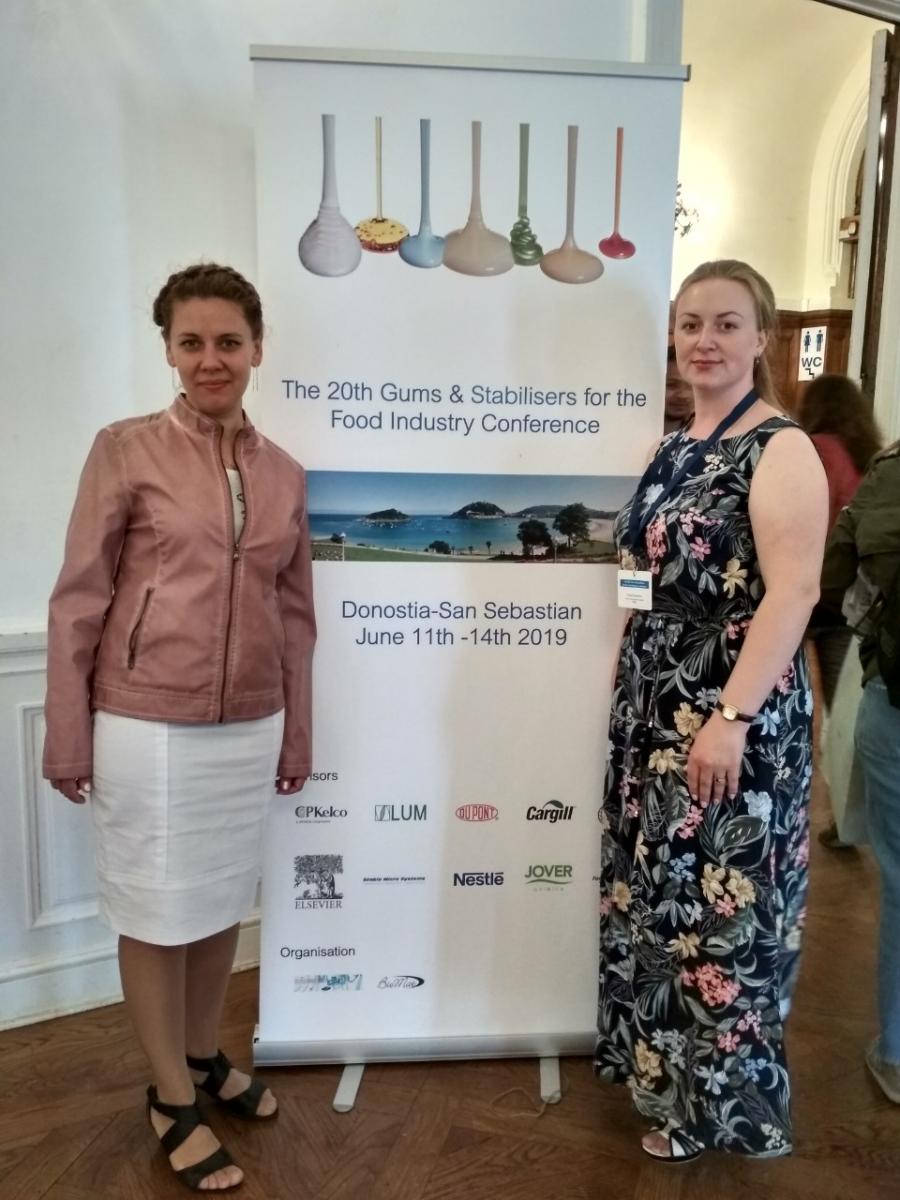 On June 11–14, 2019, the 20th International Conference "Gums & Stabilisers for the Food Industry Conference" was held in San Sebastian (Spain), devoted to the problems of obtaining, characterizing the properties of new types of food hydrocolloids from various sources of raw materials, as well as their use in biomedicine, pharmaceutical and food industries, including the creation of functional food products.

The conference was attended by about 200 scientists from more than twenty countries. Our country and the University were represented by young scientists of the department "Food Technology" - Doctor of Technical Sciences, Professor N.V. Nepovinnykh and graduate student Kutsenkova V.S.

At the conference, young scientists presented three reports in collaboration with colleagues from Iran and China on the results of studies conducted under international research contracts.

A poster report was presented by young scientists in collaboration with a colleague from the Tianjin University of Science and Technology on the topic “Using of safflower seeds as a protein fortifier for shortbread” (speakers Kutsenkova VS, Nepovinnykh NV, Guo Qingbin, Ptichkina N. M.).

The presented studies were carried out by the authors within the framework of a grant of the President of the Russian Federation on the subject of “Designing the composition and technologies of balanced food products aimed at primary and secondary prevention of cardiovascular diseases and their complications”.
Also at the conference, a joint oral report was presented by a professor from Tianjin University of Science and Technology Guo Qingbin on the topic “Exopolysaccharides-pigment complex from liquid fermentation of Monascus purpureus (HongQu): structural and functional relationships” (co-rapporteurs SteveW. Cui, NifeiWang, ZhenjingLi, ChangluWang, NV Nepovinnykh and H. DouglasGoff).

Participation in conferences of this level opens up the possibility of new scientific research of international importance.
X