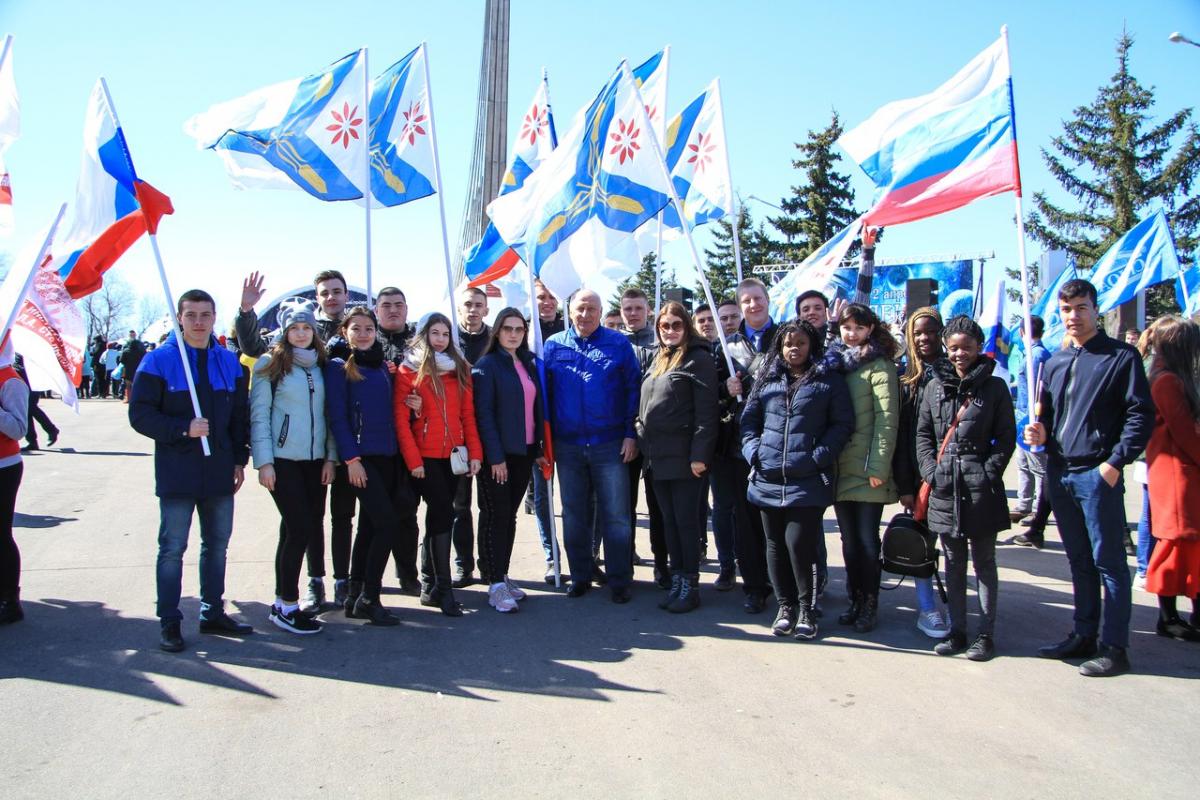 The Institute of International Educational Programs and students of the preparatory department (IIEP PD) became participants in a large-scale celebration of Cosmonautics Day, which took place on April 12, 2018, at the landing site of Yuri Alekseevich Gagarin in the Engels District.

On April 12, Russia celebrates Cosmonautics Day in honor of the first space flight performed by Yuri Alekseevich Gagarin in 1961 on the Vostok spaceship.

The participants of the IIEP PD participated in a festive concert, watched the launch of a copy of the Vostok rocket, and also enthusiastically received the performance of parachutists and an exhibition of objects that were used in space.
X