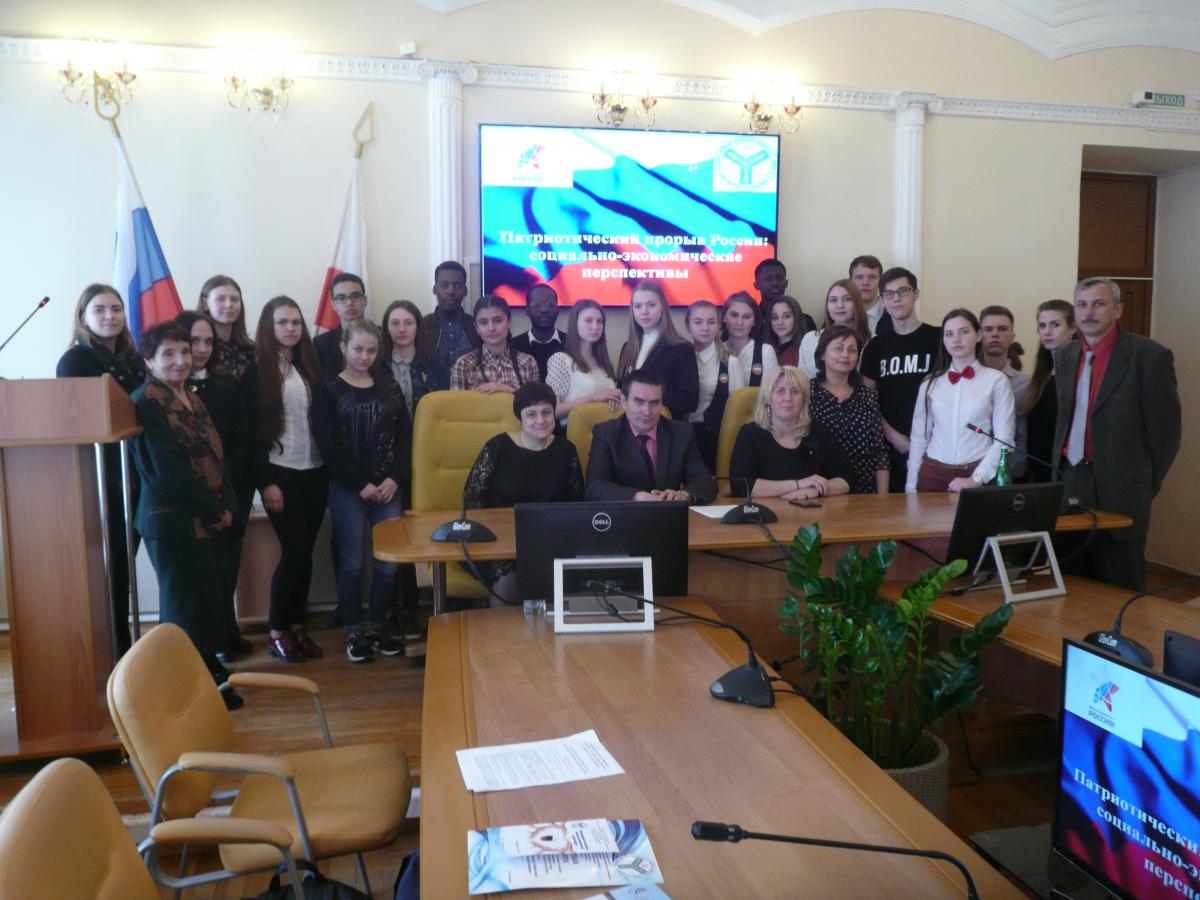 On April 20, a scientific conference “Patriotic Breakthrough of Russia: Socio-Economic Perspectives” was held. It touched upon the problems of the role of youth in the economic system of modern Russia, the economic growth and development of the Saratov region and other issues. The conference was attended by students of schools, universities and secondary schools.

During the conference, the participants looked at interesting projects, listened and asked questions.

Foreign students of the Institute of International Educational Programs made presentations about their country and prepared scientific reports. Upon completion of the conference, foreign students with the most interesting reports: “Economy of Ghana” Nti Emmanuel (Ghana), “Economy of the Republic of South Africa”, Nkosi Mnelisi Nelson (South Africa) and “Economy of the Republic of Angola” Julio Josémar Evanildo Sebastiau (Angola) and their supervisor Ekaterina Panfilova were awarded with diplomas and collections of scientific papers. Foreign students say that they were very worried, but it was pleasant for them to receive Russian certificates for the first time. Foreigners learned a lot of interesting information, made new friends and in the future decided to continue scientific work.
X