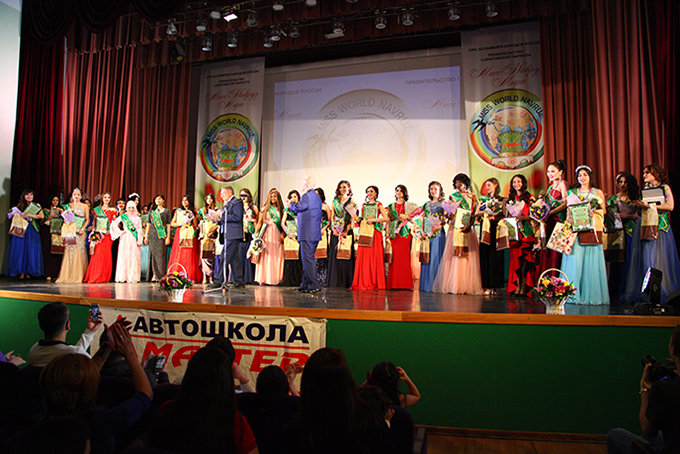 The Saratov Regional Branch of the Assembly of Peoples of Russia and the international center of the “Crystal Crown” competitions, with the support of the Government of the Saratov Region and the Council of Rectors of Saratov Universities, hold the annual international competition of national costume, creativity and beauty Miss Navruz of the World 2018. The competition will take place on March 30 in the hall of the Saratov Social and Economic Institute named after G.V. Plekhanov, admission is free.

Navruz is one of the oldest holidays in the history of mankind; historians determine its age is more than 3 thousand years. Dedicated to the vernal equinox, Navruz symbolizes the end of winter and the arrival of spring. In 2009, Navruz was included by UNESCO in the representative list of the intangible cultural heritage of mankind.

And in 2010, the UN General Assembly declared March 21 the International Day of Navruz and called on all countries to make efforts to popularize this ancient holiday in the world.The international competition of national costume, creativity and beauty "Miss Navruz of the World 2018" is aimed at creating a favorable atmosphere, friendship, hospitality and attractiveness of the Saratov region for the development of tourism and attracting investment in culture to preserve the identity and traditions of the peoples in Russia.

Competitive performances on the stage:

1st performance - Business card .performance in national costumes - acquaintance -(a story about yourself, congratulations on the holiday, the participant must prepare an artistic performance – a dance, a song, a dish of national cuisine, etc.)
2nd performance - Defile in evening dresses.

The performance of the contestants is estimated by the jury.The award is held in national costumes.

Participants must have with them:

Elegant evening dressA souvenir, a gift from a country, a region, a republic, a city or from oneself (for example, a souvenir symbolizing a region or a city of a participant).

Applications for participation should be sent according to the questionnaire forms until March 10, 2018.