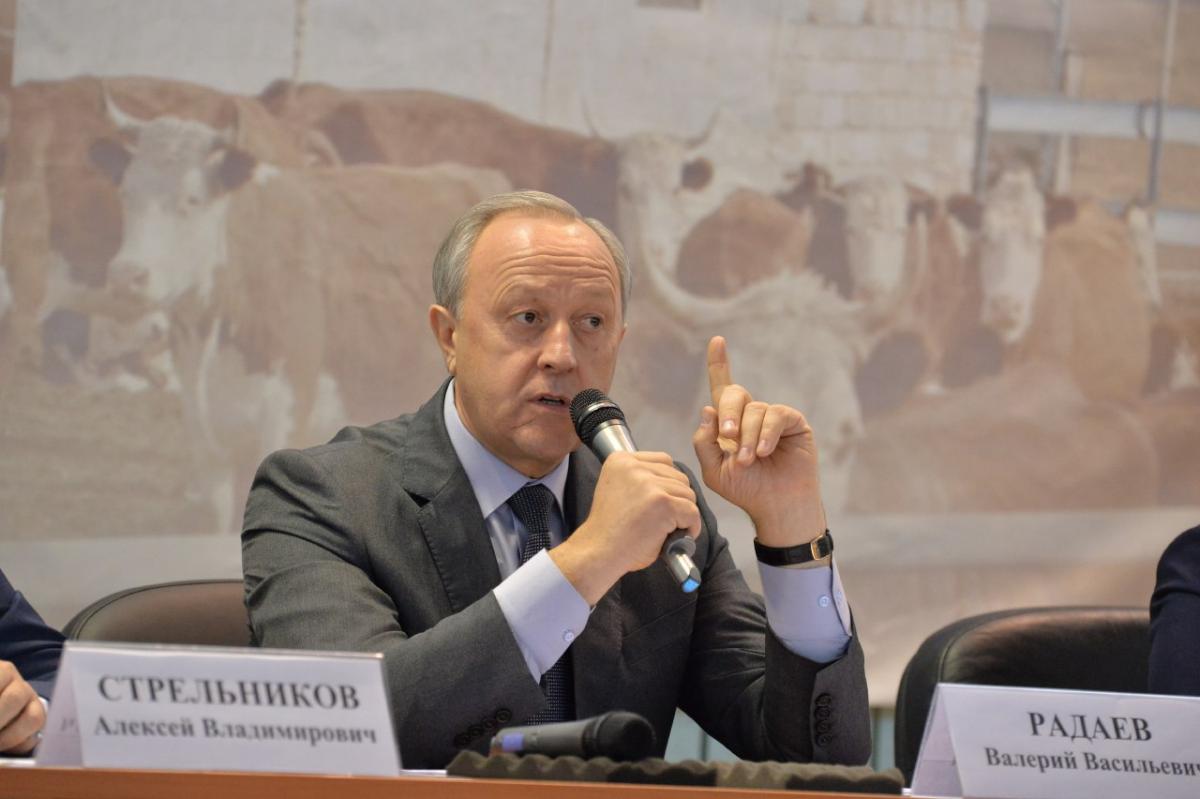 On the 12th of October, 2017 in Rovno – the area in the Saratov region - the Governor Valery Radaev held a meeting "Development of the livestock industry in Saratov region".
The Rector N.I. Kuznetsov, the Professor of the Department "Technology of production and processing of livestock products" V. P. Lushnikov, the assistant of the Department of "Microbiology, biotechnology and chemistry" S.V. Shpool took part in this even as the representatives from our University.
Speaking to the participants of the meeting, the Governor reminded the agricultural tasks set by Russian President Vladimir Putin: "The development of deep processing, increasing agricultural production of high quality and environmentally friendly products, promoting the positions in local and world markets. If we do this, we will achieve the main goal – ensure food security of our citizens," said the head of the region.
The main report was made by the Minister of agriculture T. M. Kravtsev. The head of the Ministry noted that livestock is one of the strategically important agriculture region, accounting for about 30% - 43.2 billion rubles in the total volume of gross agricultural products.
In 2016, the Saratov region produced 7.2% of the gross output of the livestock and had the 4th position. It produces 1.8% of the total livestock production of the country. According to 8 last months the Saratov region has the 14 th position in milk production among the other regions of the Russian Federation and the 21st place in the production of meat and poultry for slaughter (in live weight).
Nowadays the livestock complex of the region includes more than 500 large and medium enterprises of different ownership forms on cattle breeding, 140 farms for pigs, 400 sheep farms, 13 farms and over 70 thousand personal subsidiary farms, the leading animal.
The Minister highlighted the topic of interaction between science and production. She addressed her words of gratitude to the scientists of Saratov state agrarian University named after N.I. Vavilov due to the scientific support of the livestock industry, and announced the goals of the University for the future.
At the end of the event was the ceremony of awarding breeding farms with medals (6 gold) and diplomas of the19th Russian agroindustrial exhibition "Golden autumn – 2017".
X