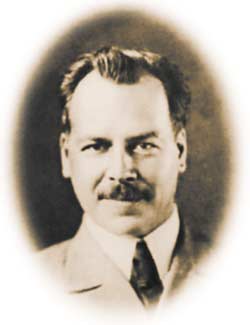 At 10: 00 o’clock on the 26th of January 2017 in classroom 110 of Campus №1 a round table "Modern view on the development of the natural sciences in the first half of the twentieth century" will be held in the framework of the events dedicated to the 130th anniversary of the birth of outstanding genetic scientist, the creator of the collection of seeds of cultivated plants, academician of the USSR Academy of Sciences and Ukrainian SSR Academy of Sciences, the founder and President of Academy of Agricultural Sciences, member of the Central Executive Committee, President of the All-Union Geographical Society, the founder and the Head of the All-Union Institute of Plant Production, Director of the Institute of Genetics of the USSR Academy of Sciences Nikolai Ivanovich Vavilov.

Round table "Modern view on the development of natural sciences in the first half of the twentieth century". Фото 1