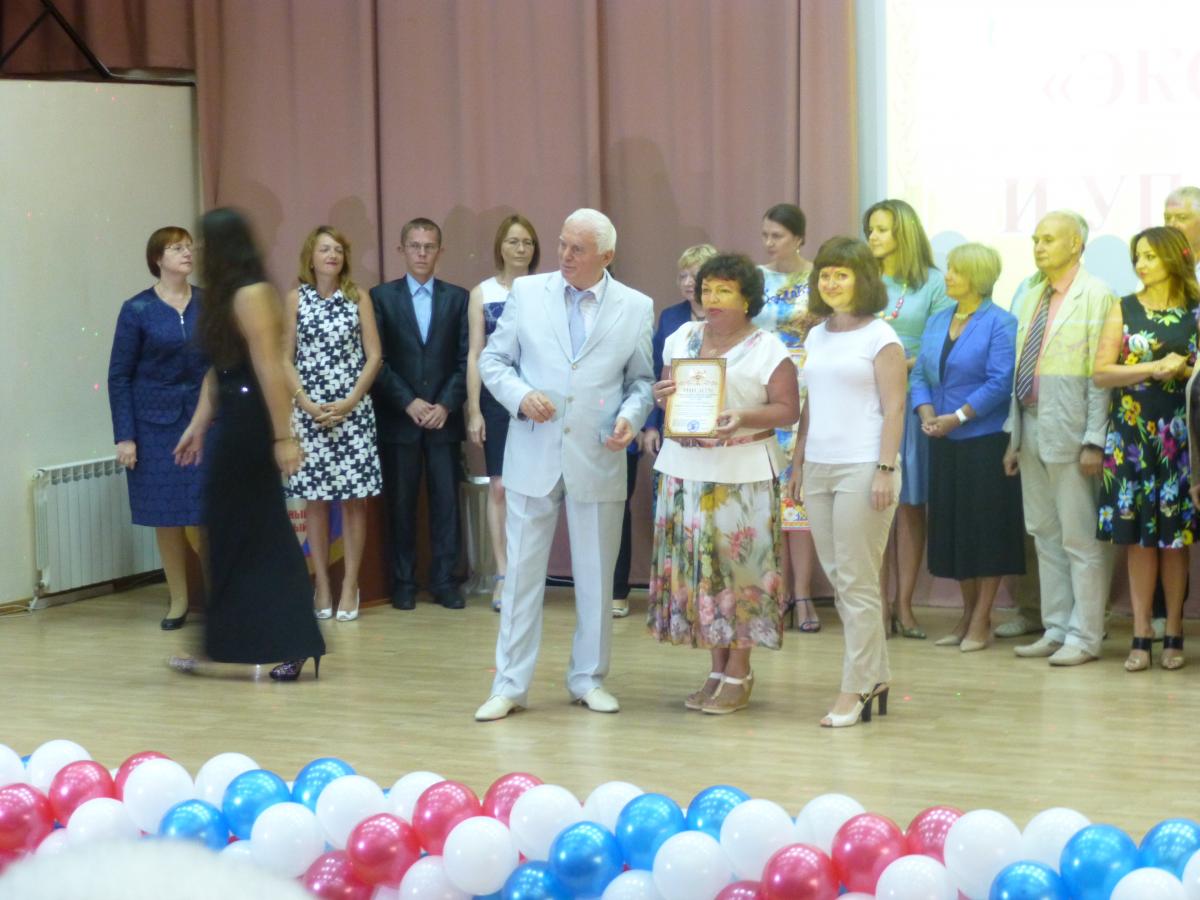 From 12th till 16th of September 2016 the Scientific Forum "Russian Week of University Science" was held on the basis of the International Innovative University in Sochi, and, as a part of it, a solemn ceremony of awarding the winners and laureates of All-Russian competition for the best scientific book of 2015took place.

The competition is held among the HEI teachers and research scholars of Russian research institutions by the Foundation for Russian Education Development.

The competition is held in the following areas: Economics and Management; Law; Humanities; Informatics and Computer Engineering.

Professor of “Marketing and Foreign Trade” Department, doctor of economical sciences Sukhanova I. F. and associate professor of “Production Organization and Business Management” Department, candidate of economical sciences Tretiak L. A. attended the forum as ambassadors of our University. They represented the collective monograph "Russia's Food Security and Import-substitution Strategies in the Context of Global Challenges", which became a laureate of All-Russian competition for the best scientific book of 2015.

The monograph was the result of joint work of teachers of the Saratov State Agrarian University and scientific staff of the FSBIS Institute of Agrarian Problems of Russian Academy of Sciences.

The meeting with the Rector of the Consortium of Innovative Universities, Academician of the Russian Academy of Sciences "Russian Academy of Education" Berulava G. A. was held in the framework of the forum "Russian Week of University Science", as well as the presentation of books of the winners and laureates of all-Russian competition for the best scientific book of 2015 (in categories) took place.

The ceremony was attended by representatives of scientific communities of foreign countries: General Consul of Switzerland Pierre Shablo, professor of Le Havre University, Counselor of the Embassy of France in Russia Pierre-Bruno Ruffini, Director of the International Center for the Study of Educational Programs, professor of Pacific University of Seattle city Arthur Ellis, young American scientists, postgraduate students of the Pacific University of Seattle city Sharon Chiang and Jeffrey Yud (USA).

Honorary foreign guests congratulated the laureates and the winners wishing them further scientific success and invited to participate in the international scientific cooperation with the scientists from Switzerland, France, USA.
X